Over decades of making place, Pratap Nagar’s residents have come to feel a strong right to place. So JVLR drew protest on many grounds: inadequate consultation and information at each stage; fear of adverse environmental impacts; inadequacies of resettlement tenements at the time of moving in.

Resident activists even protested for proper implementation of the plan when homes were partly demolished for the service road but were illegally occupied by politically connected miscreants for commercial activities! The protests followed traditions of democratic citizenship. Letters were written, meetings were held with the state and negotiations attempted. When that failed, direct action followed, again peacefully, but could have violent outcomes for protesters. 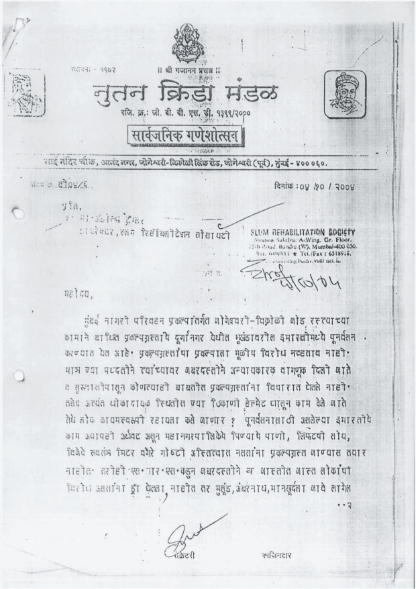 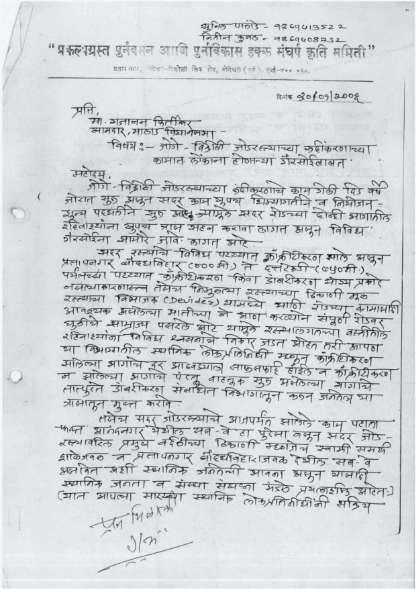 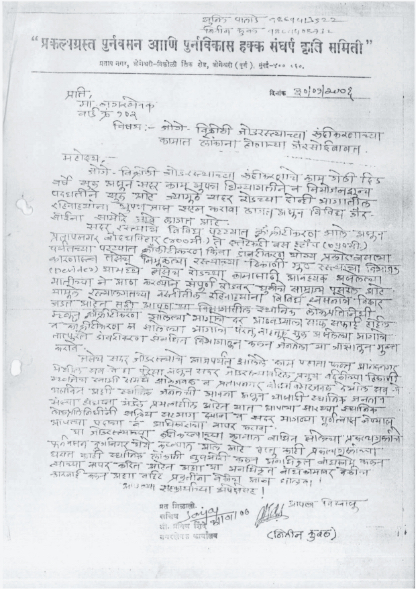 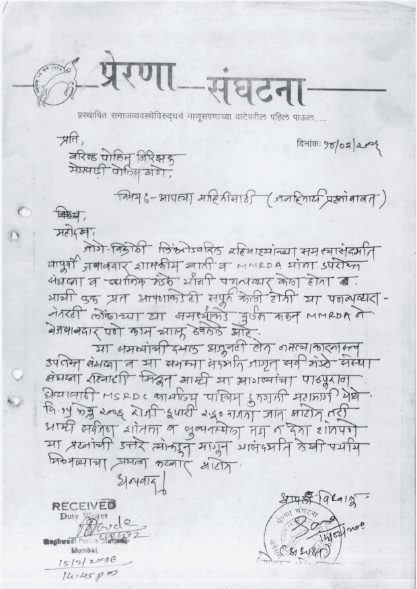 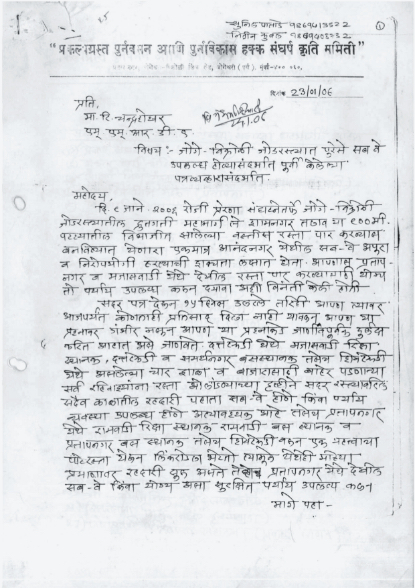 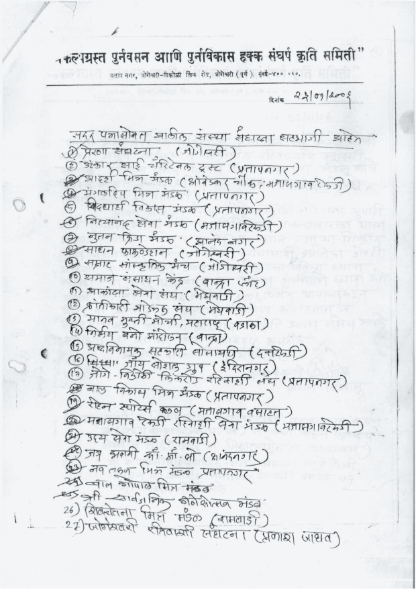 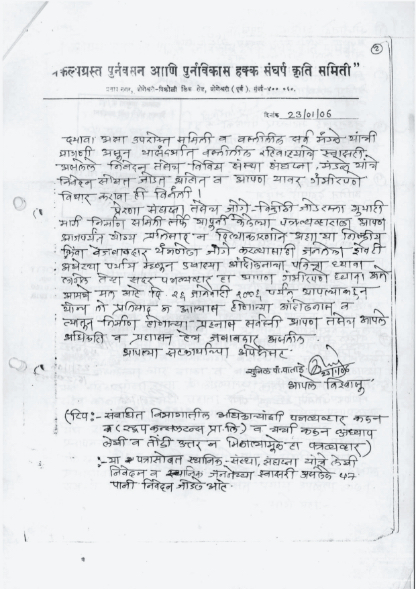 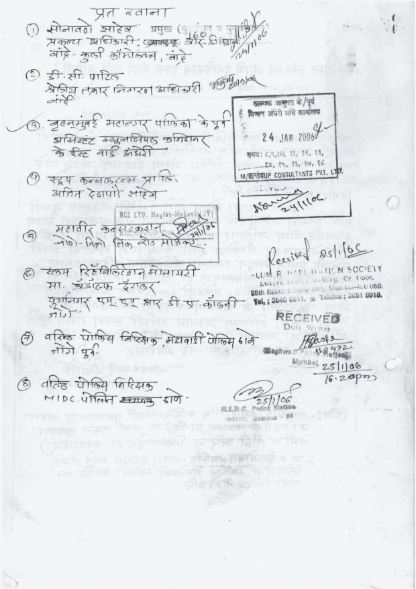 The common toilets of three chawls in Pratap Nagar were allegedly demolished without notice on March 24, 2006 to clear the path for road construction. In anger, residents staged a rasta roko (road block) on JVLR. Women protestors recalled the demolition over a decade later like this:

What was the agitation for? Men, they can go anywhere to relieve themselves but girls, women, where will they go?

There were 14 toilets, seven for men and seven for women. In the road plan, these toilets were barriers. One day before demolition they came and said that they will first build new toilets, then they will demolish old ones. Next day they came with vehicles.

That day I was going to the toilet, and I saw the bulldozer from a distance and came running towards my house. My son, who was in class eleven, was standing there. In front of our eyes, they razed the toilet to the ground.

They had told us that they will not break it but when the bulldozer came they took it in reverse gear and smashed right into the toilet. All of us were shouting asking them to stop it, but they did not.

They had told us that they will build alternative toilets but they did not. Even after the demolition people gathered around them. Even at that time they said that they will get mobile toilets. Nothing like that happened for the next two days. In such a situation, tell us, what other option do we have but to protest?’

Finally, MMRDA officials found some space very close by and built a community toilet to replace the demolished one. Residents believe that without the protest they would have been left to deal with the loss of infrastructure by coping with it.

But the protest had its costs. Though the protest was peaceful, police launched a lathi charge and arrested and later released nineteen men and women, after filing a case. No court hearing has been held for the last fourteen years as the case drags on.