Fearing contagion and inter-racial mixing, the colonial police designated Kamathipura as a tolerated zone for European sex workers in the 19th century, through coercion and protection. In the 20th century, Indian sex workers grew in numbers. After Independence, women from across the borders were trafficked and forced into sex work in Kamathipura. Destitute women were also duped and forced into the trade through violence and a tacit acceptance of the brothels by the police. Legislations and social norms further criminalised commercial sex workers. Popular films and fictions reinforced its image as an immoral, crime infested, violence-prone neighborhood. During the Prohibition era, organised crime syndicates in connivance with gharwalis (brothel madams who control its operation), police and land lords collected haftas (informal rents), exercising an extra-legal control over the brothel business. Kamathipura was thus stigmatized and peripheralized well into the 21st century.

“Between 1965-75, Kamathipura was at its peak. Taxis and Victoria hacks were parked at the docks so sailors could be brought directly to Sukhlaji Street and Falkland Road. When Prohibition was relaxed, it took off even more. Pimps would get commissions, but also beer was sold here at a premium. There were cabs, carriages, cigarettes, clothes, dressmakers, lipsticks, business, liquor, food. You paid 8 annas for services like hot water with Dettol, clean towels to a woman who supplied them.”

Making of a Red Light Area

Around 1860s, the British colonial rulers forcibly shifted the European women sex workers from different parts of the Fort area into Kamathipura. Brothels set up on Cursetji Sukhlaji Street for European sex workers catering largely to European officers and sailors came to be known as “Safed Gulli” or White Lane. Though the other residents of Kamathipura protested against these “immoral” “indecent” women and the brawling soldiers, the European prostitutes used their clout with the colonial administration to claim Kamathipura as a “tolerated zone” for prostitution. The Contagious Diseases Acts and strict police surveillance were used to contain the European sex workers in this neighbourhood.

Number of Prostitutes in different areas of Mumbai in 19th Century

In the early 20th Century, as the concentration of sex workers grew in the locality, a parallel economy started to emerge. Every soldier in the British Army knew of “Grant Road”. Kamathipura became a node in the international sex trade.

Theaters, play houses, nautch (dancing) girls and mujra ( entertainment by courtesans), tea shops, perfume shops, liquor shops came to symbolize a night time economy and a pleasure district on the fringes of colonial Bombay - a space that expanded and came alive during the night and slept during the day. A space that was exceptional, simultaneously loathed and desired and the antithesis to the idea of the “domesticated city”.

In the late 20th century, multiple factors combined to disrupt the century old brothel based sex work in Kamathipura. The decline of mills, the spread of the deadly HIV AIDS, and the growing voice of abolitionist NGOs that aided police raids, all contributed to brothels shutting down. However, sex work did not cease but in fact became more visible and sex workers more vulnerable as they spilled over on to the streets.

Commercial and Manufacturing activities in Kamathipura

Kamathipura’s ill repute as a dangerous and immoral place and its social and moral distance from the rest of the city has grown manifold. This has led to the eruption of new and old conflicts between the residents and the more visible street-based sex workers. During the COVID lockdown, residents campaigned to ban sex work on the pretext that it may lead to the spread of COVID in the neighborhood. 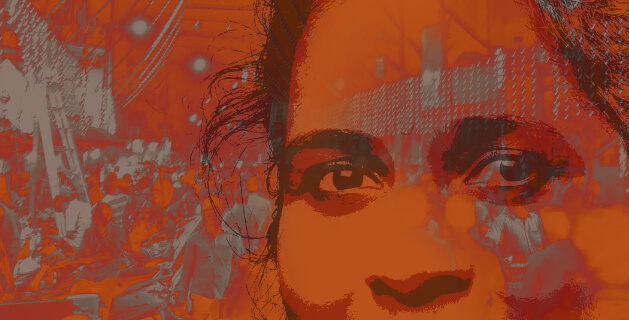 Nilima is a forty year old woman who has lived in Kamathipura for most of her life. Her family is from Karnataka. Nilima works in a local NGO in Kamathipura. She has a young daughter. Her father was an abusive man and an alcoholic. He died when she was a child and her mother brought her up. 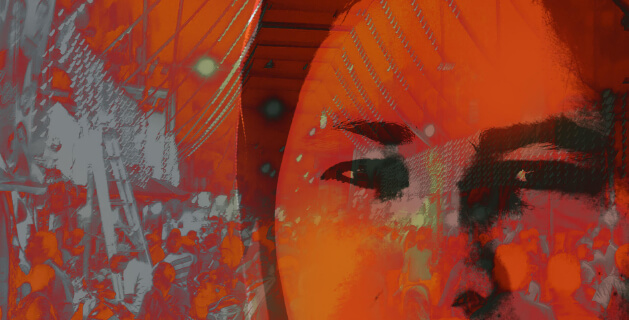 Reena doesn’t specify how she began doing sex work. But she was brought to Kamathipura and sold to sex work at a very young age. Her two children and her mother are back in a village in Purulia, West Bengal, and she goes there once a year to visit them. Her family thinks she is working as a domestic help in Mumbai.