01 MAKING OF A HOME
IN THE CITY

Located in the heart of the Island city of Mumbai and within walking distance of Central and Grant Road commuter railway stations, Kamathipura is an old, densely populated, severely congested, mixed use, low income neighbourhood. Kamathipura has evolved over nearly two centuries into a culturally heterogeneous and economically vibrant neighbourhood with its inhabitants engaged in a range of informal and formal livelihoods. Its strategic location has attracted waves of working class migrants and small entrepreneurs. Families have established themselves in the rent controlled buildings over generations. Each lane has its own peculiar ethnic and occupational history, creating a diverse working class neighbourhood to which we turn now.

Bombay was a group of seven islands inhabited by indigenous fishing and farming communities. The Hindus, Muslims, Portugese and British fought for control of the islands in the 17th century. In 1668 the islands were transferred to the East India Company.

The growing commercial success of the Bombay Port led the British to fortify the town. In 1782, a project to unify the islands was started. Kamathipura emerged in 1795 on the northern periphery of the Fort, on marshy land. It was inhabited by lower caste construction labourers - the Telugu speaking migrants from Andhra region.

CITY DEVELOPMENT IN THE 19TH CENTURY

As trade and commerce flourished, industries, urban development and educational institutions were established by the British and native entrepreneurs. The Fort area housed the ruling elites and the native town housed traders, service providers, mill and port workers. The Kamathis contributed greatly to the construction of colonial Bombay. However, in the 1880s, the colonial police designated Kamathipura as a zone that would tolerate European commercial sex workers, leading to friction with its native inhabitants.

Waves of struggling, poor migrants made Kamathipura their home over time with each linguistic and ethnic group building its own life-world and developing social, cultural and economic networks and institutions. Private landlords who anticipated the emerging need for cheap rental accommodation for construction workers, sweepers, artisans, and other migrant labourers, built poor quality residential structures on extremely narrow plots laid out on a grid of sixteen lanes. These buildings were divided and subdivided into small single tenements and shared common spaces such as corridors and bathrooms. They were meant to cater to the housing needs of the single male migrant worker. There was not much thought given to sanitation, ventilation or the need to create open spaces.

Over time the migrant workers brought over their families and consolidated their claims to Kamathipura through their own samaj or caste based associations, the celebration of popular festivals and the establishment of schools and places of worship and community functions.

In the early 20th century, as the textile mills and the port related activities flourished in the Island city, the descendants of Kamathis joined the city’s factory workforce while Kamathipura itself began to be populated by a steady stream of poor migrant workers from other regions of the country in search of affordable rental housing in close proximity to their work places.

Today, people of all religions, ethnic groups and castes, from different parts of the country reside and also work here. They include Gujaratis, Marwadis, Maharashtrians and Bengalis. The peripheral areas are occupied by the Muslim community while the inner areas are inhabited by Hindus and Jains.

Squeezed in by redevelopment

In the early 20th century, the city began to develop outwards and engulfed Kamathipura. Around the 1990’s, with liberalization and entry of private developers, the mill lands around Kamathipura began to be rapidly transformed into high end housing and commercial real estate by the state and private developers. The erstwhile working class began to leave the rapidly changing Island city for the more affordable peripheries.

Perhaps because of its historical association with commercial sex work, Kamathipura was bypassed by such redevelopments. It is one of the few remaining neighbourhoods in the Island city that continues to offer refuge to the low income poor urban workers and marginalised occupations. Its enduring quality attests to the struggles of the labouring classes.

Kamathipura is inhabited by poor but hard working people engaged in different kinds of informal urban occupations. These precarious livelihoods revolve around extracting resources from waste that the rest of the city spews out. The small manufacturing units have tenaciously managed to hold on to these urban spaces even as speculative real estate development drove out manufacturing from the city. The people living and working in Kamathipura thus grapple with multiple uncertainties while continuing to creatively contribute to the city’s economy.

Location of different kinds of informal livelihoods in Kamathipura 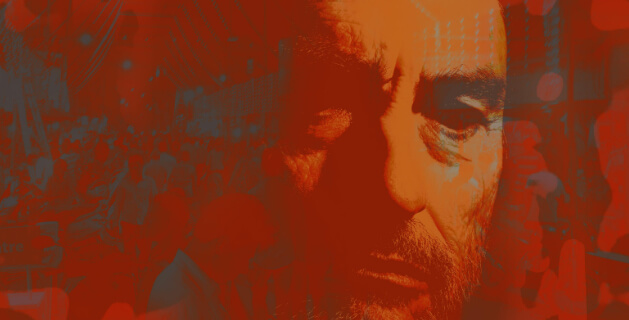 About 30 years ago, Hussain Ali migrated to Mumbai with the help of his neighbour from Gonda district in Uttar Pradesh, to work as an assistant in a shop in Nagpada. At that time, “jeans pants” was one of the major attractions among the city youth - that gave him the idea of starting business of clothes. With financial help from his maalik (employer), he started a new recycling unit in Stable Street. 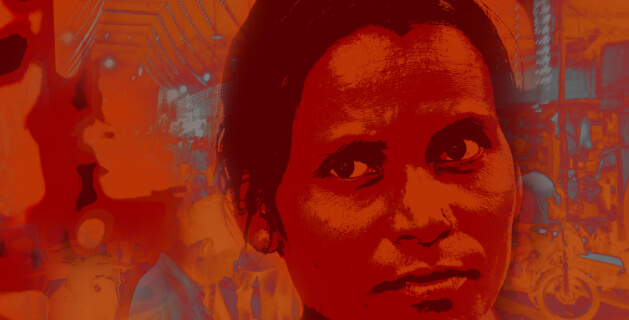 Shanti Bai, a 55 year old woman, travels every day from Panvel to Chor Bazar with a large bundle of discarded clothes. She has been living in a small two room tenement and toilet in one of the slums in Panvel for more than 35 years. Shanti Bai sells “juna” (used) jeans to the recycling units in Kamathipura. Depending on the quality and quantity of material, she sells the material to the recycling units in Kamathipura but also to customers.