04 Unsettling the idea of the ‘periphery’

How do Mumbaikars typically see the “periphery” of Nala Sopara? The view from the “centre” toward the ‘periphery’ is often a homogeneous and stereotypically negative one, characterised by images of flooding, crime and unauthorised construction. ‘Seeing from Nala Sopara’ unsettles this fixed binary relation of centre-periphery. Two kinds of contesting, ‘insider’ views from Nala Sopara are offered here — a people’s archive that assembles stories of repair and remaking from 4 different settlements, and the municipal corporation of Vasai Virar’s imaginary for the city centred on infrastructure.

A People’s archive of repair and remaking

When people are displaced, where do they go and what do they do? This archive shares stories of people who have been expelled from Mumbai and have repaired and remade their lives and communities in four different settlements in the eastern part of Nala Sopara. It acknowledges and remembers the living histories of people labouring to make homes and neighborhoods from the bottom-up. 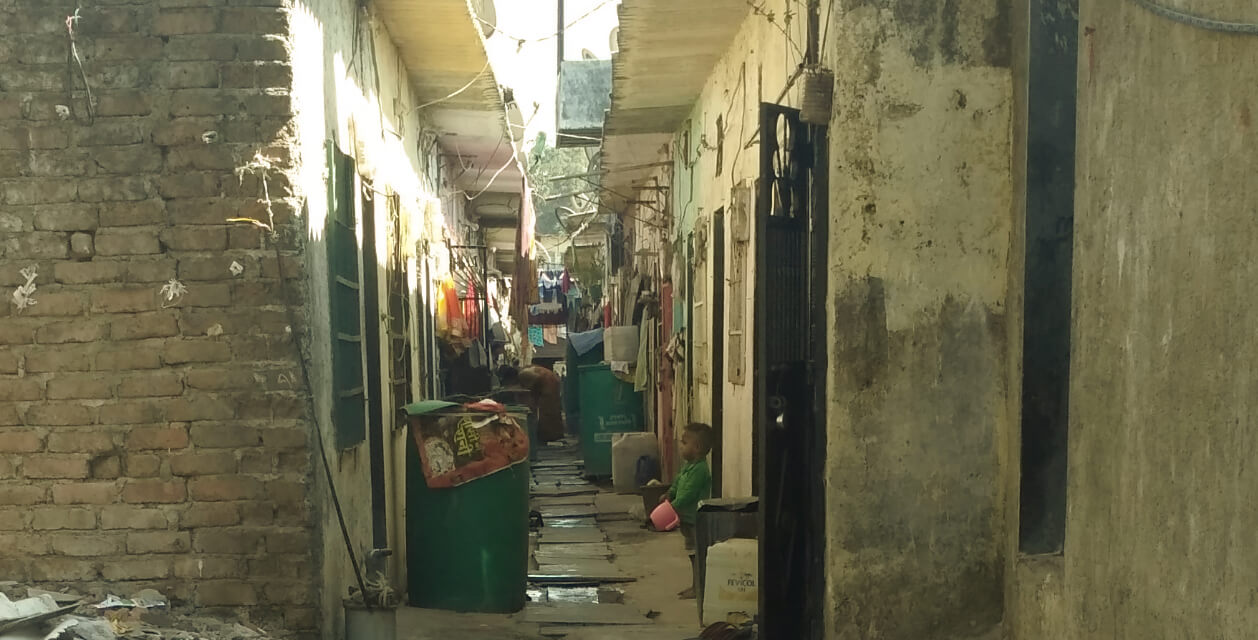 Santosh Bhuvan was built by poor and working class populations forced to leave Mumbai. Interviews with many residents have revealed that they were displaced from Sanjay Gandhi National Park. After relocating here, they bought land to self-build homes, or took chawls on rent, with little or no deposit. Here, many have been able to remake their homes and lives 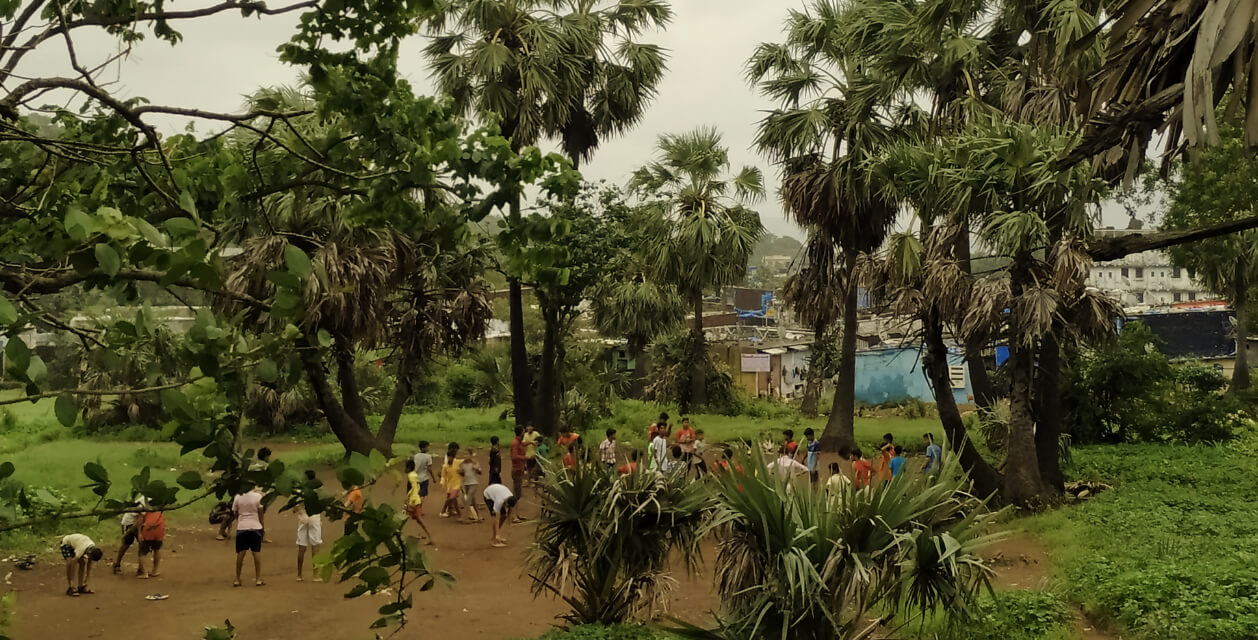 Gauraipada is a village located in the Green Zone close to the industrial zone. After 2000, the village has transformed as land owners started developing their farm lands into chawls for ‘migrant’ dwellers, many of whom were displaced from Mumbai. The gaothan or village settlement area is marked by a temple, old trees, a school, a gram panchayat office and winding lanes dotted with prosperous bungalows of locals, financed by their building activities. 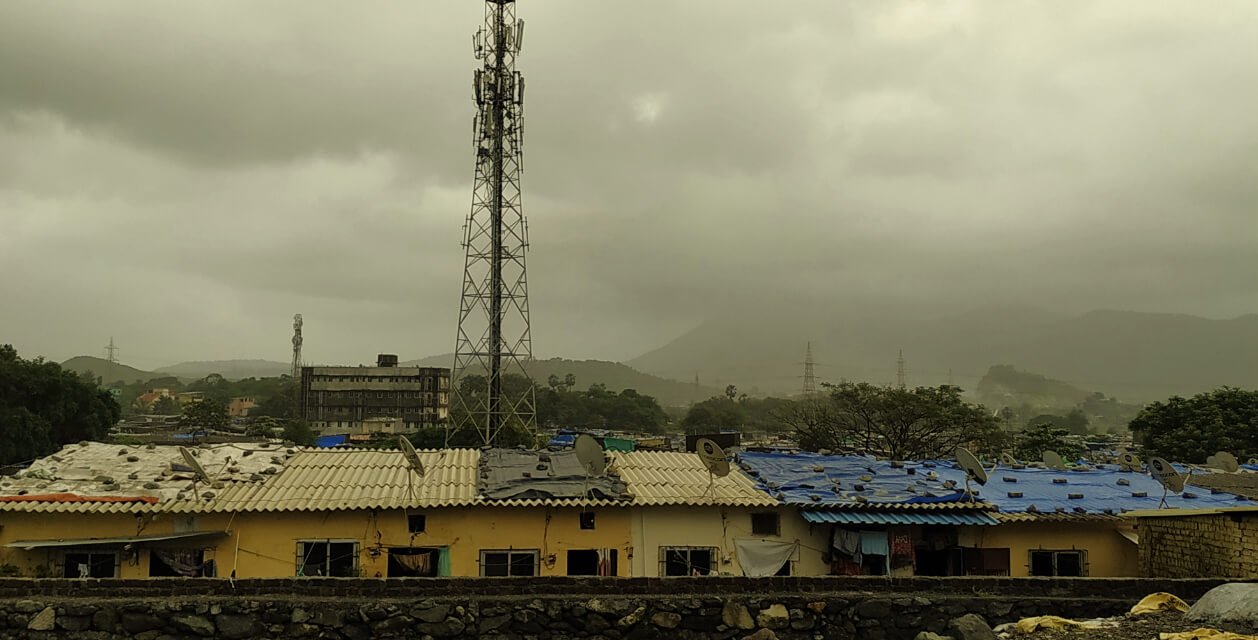 Makarandnagar is a stark contrast to Gauraipada village on whose farm lands it stands. It comprises a dense cluster of chawls built by landlord-turned builders for ‘outsiders’. It has no trees and is marked by a restless geography — haphazardly located chawls, foundations left mid-way, and the feeling that it is always “under construction.” 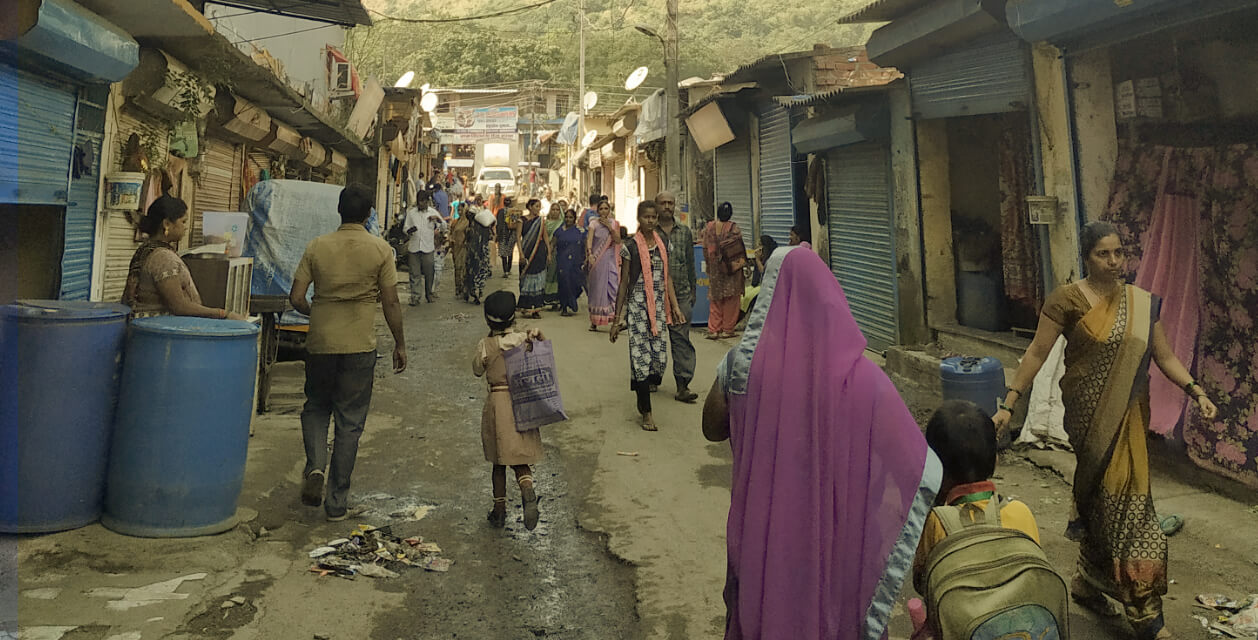 On the edges of the industrial zone and a cremation ground, Sai Society is inhabited by a community of scrap dealers, collectors and recyclers hailing from the same village in eastern Uttar Pradesh. Most of them were evicted from slums and informal industrial enterprises in Mumbai. Through kinship networks they managed to buy plots of land from a dalal called Hafeez and construct a small settlement. 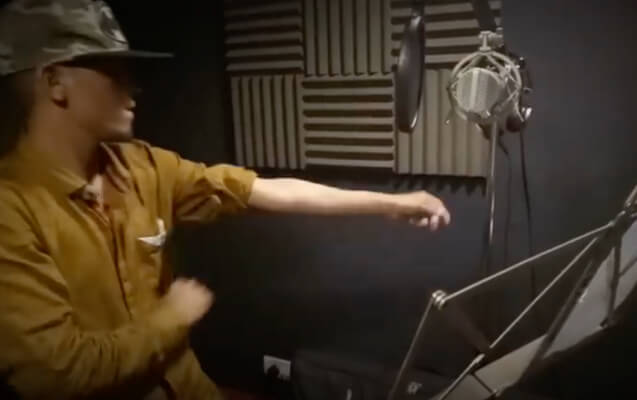 Vasai Virar’s city corporation and its ruling party resist the city being typecast as the dormitory town of Mumbai. They show their resistance through imagining new infrastructure for the city.

“A man from Vasai Virar should not just wake up, go to Mumbai, come back and sleep here. All his needs should be developed in our area…”

"My relatives from Mumbai still think this place is a village. I now tell them, come, look at this place – we have an Olympic level swimming pool and skating rink!” 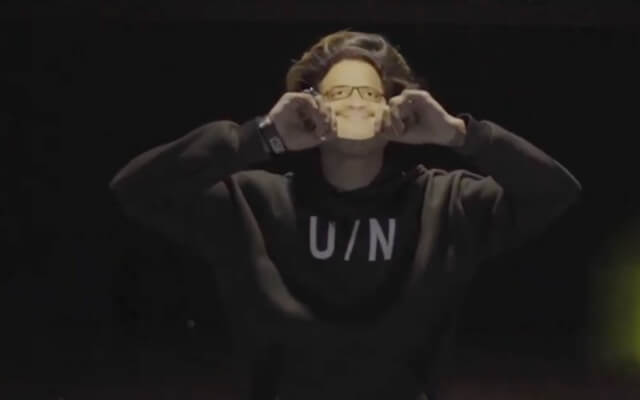 With each decade, population growth has moved outward. In the 1980s, the suburbs of Mumbai along with Kalyan, Thane and Navi Mumbai grew. In the 1990s, Mumbai’s extended suburbs Vasai-Virar and Mira-Bhayandar grew rapidly along with Navi Mumbai. In the 2000s, more distant areas like Kulgaon-Badlapur and Panvel started growing faster. [Source: Regional Plan 2016-34]

Sponsored content in property supplements in newspapers sells Vasai Virar as an affordable housing and real estate destination for those working in suburbs like Kandivali or those with an aspiration for living in more spacious housing than a tiny flat in Mumbai.

“Commuter traffic data procured from Western Railway for the last five years reveal that the local train station at Nalasopara, has witnessed the fastest growth in originating traffic: 30%.